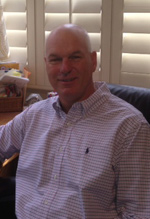 Dan brings an extensive background in negotiations and sales to Neal Sales. His background includes over 25 years as an Air Traffic Controller in Phoenix and Minneapolis during which time he represented controllers in negotiating contracts with the Federal Aviation Administration in Washington DC along with performing control duties at two of the nation’s busiest air traffic facilities. Dan attended the University of Wisconsin Milwaukee and received his degree in Labor and Employment Relations from George Washington University. Dan has an extensive background in leadership effectiveness training and interest based negotiations.

Dan most recently worked as Territory Manager for Adams Golf and serviced over 150 accounts in Arizona. He is an avid and accomplished amateur golfer and licensed private pilot.

Dan and his wife Sally reside in North Scottsdale. Sally is a commercial Real Estate Agent and a native of Arizona. Sally and Dan enjoy spending time with friends, Nieces and Nephews and their three Welsh Corgis.